„Om. Let us meditate on the Great Goddess Sri Lakshmi, the consort of Sri Maha Vishnu. May that effulgent Maha Lakshmi Devi inspire and illuminate our mind with understanding.”

She is the Hindu Goddess of abundance, prosperity, and wealth, (spiritual and material), fortune, and the embodiment of beauty. The Goddess holds the promise of material contentment and fulfillment.

The Goddess is the consort of Lord Vishnu. Also called Goddess Mahalakshmi, she is said to bring good luck and is considered to protect her followers and disciples from all kinds of money-related problems and sufferings.

The word „Lakshmi” is derived from the Sanskrit word ”Laksme,” which literally is meaning „goal.” Lakshmi, accordingly, represents the goal of life, which includes worldly as well as spiritual prosperity.

The earliest Vedic sacred texts don’t have any goddess named Lakshmi or Sri Lakshmi, but Sri appears in a few Vedic sacred hymns, and Sri is indicative of a few positive attributes including glory, beauty, capability, power, and higher rank. In later Vedic texts, Sri means the ruling power and the majesty of kings. Sri-Sukta, a sacred hymn appended to the Rig Veda, is a notable Vedic hymn, extolling Sri, and presents a detailed account of the Goddess, both visually and conceptually. The chant also connects the Goddess with elephant and lotus an association, which has not changed in subsequent history. 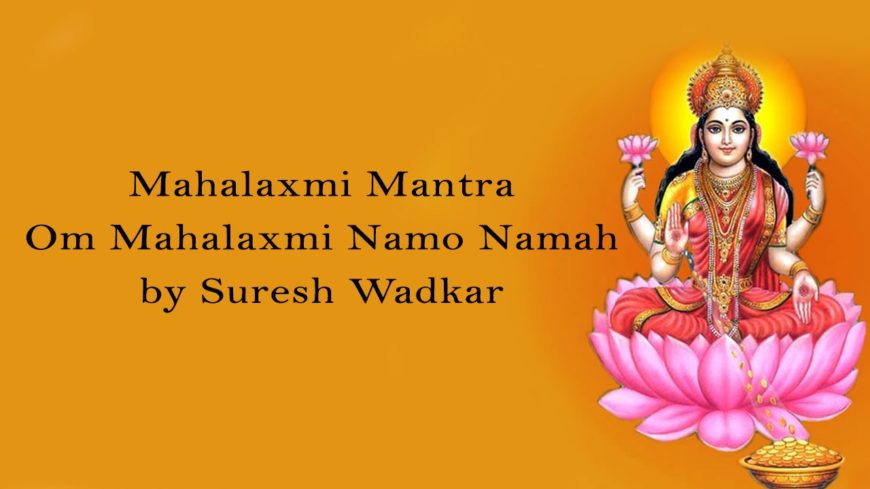 Usually, the Goddess is commonly portrayed as a beautiful lady with a golden complexion, dressed in red color attire and decorated with inestimable jewels. Furthermore, the Hindu Goddess has 4 hands, which represents the 4 ends of human life, desires (Kama), wealth (Artha) and complete spiritual liberation (Moksha) from Samsara – the cycle of birth and death. In addition, the Goddess holds lotus bud in 2 of her hands, which represents the purity, beauty, innocence, fertility, and spirituality. Also, the Goddess sits on a fully blossomed lotus, a seat of divine truth.

The drawing of Goddess Laxmi’s footprints is commonly used as a magic charm in India. Women paint these small, auspicious footprints on thresholds at twilight to welcome the Goddess, who grants wisdom, knowledge, wealth, health, bliss and happiness.”

In India, not only Hindus practitioners but also Jains and Buddhists followers adore the Goddess. In the Buddhist Jatakas, there are tales of women and men who request the Goddess to drive away Kalakanni (the goddess of misfortune).

Chant this amazing mantra for success and personal virtues. Women who recite this potent mantra will develop irresistible beauty, power, and radiance, that shines from within. Praying to the Goddess you will learn how to be truly feminine and win everybody’s admiration.

This powerful mantra is a supplement for those, who are in show business or in modeling and acting. The mantra will help you to be noticed, brings luck, prosperity, abundance, and fortune.