Gautama Buddha, also known as Buddha Siddhartha Gautama, or simply the Buddha, was born in what is now Nepal some 2,500 years ago.

The word Buddha signifies „the enlightened one” or „awakened one”. Buddha is also used as a title for the first awakened being in a Yuga era (our present time is a Kali Yuga, which started at 3102 BCE).

In most Buddhist traditions, Gautama Buddha is viewed as the Supreme Buddha of the present age. Gautama Buddha taught a Middle Way between sensual indulgence and the strict asceticism found in the sramaṇa movement, common in his region.

Siddhartha later taught throughout regions of eastern India such as Kosala and Magadha.

Gautama Buddha is the fundamental figure in Buddhism and accounts of his life, discourses, and monastic rules are postulated by Buddhists to have been summarized after his physical death and memorized by his followers.

Diverse collections of the spiritual teachings associated to Him were passed down by oral tradition and first pledged to writing about 400 years later.

When we recite this mantra, we are actually expressing and embodying the wisdom of the Budha.Moreover, this Buddhist mantra could be said to be the essence of Shakyamuni Buddha, the essence of His total enlightenment.

According with some spiritual teachings, saying this potent mantra only once, all the negative deeds you have committed throughout your existence will be completely purified.

Additionally, the mantra possesses numerous beneficial qualities for the practitioner, which include the sacred heart-essence of Gautama Buddha.

„Don’t blindly believe what I say. Don’t believe me because others convince you of my words. Don’t trust anything you read, see, or hear from others, whether of authority, religious teachers or writings. Don’t rely on logic alone, nor speculation. Don’t infer or be fooled by appearances.” – Gautama Buddha’s quote.

5 Tibetan Buddhist Mantras That Can Be Chanted During Tough Times
In Tibet, the Buddhist tradition is ancient, the result
143 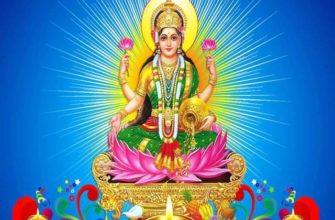