”Even in the world, the yogi who faithfully discharges his responsibilities, without attachment or personal motive, treads the sure path of enlightenment.” – Babaji 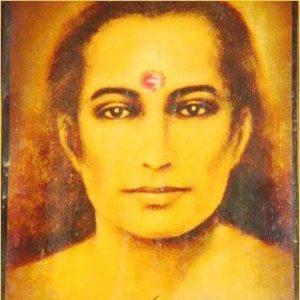 This guru powerful mantra connects our pulse to the pulse of Guru Babaji, tuning us into the grace of the legendary Himalayan Saint, Kriya Babaji Nagaraj. With the help of the mantra, Babaji reveals himself to his followers.

Through its constant chanting, the inner guru or supreme intelligence abiding in the crown (Sahasrara) chakra becomes accessible. This mantra has power, as Babaji transmits his energy through the mantra and the energy enters the devotee through the mantra. The root of the mantra is Babaji’s word, and indeed, the mantra is a form of the guru himself.

Chanting mantras daily is a good habit and beneficial to bring into your life, no matter how busy you are each day, plus you can chant as you sit still, as you move, as you travel.

Mahavatar Babaji is a deathless avatar who was born on the eastern coast of India in 203 AD as the boy Nagaraj. Guru Babaji is recognized and seen only by those individuals whom He chooses.

Although Babaji has appeared in many forms over the centuries, He usually manifests (physically) as a timeless young man.

One cannot really know who Mahavatar Babaji is, or even begin to understand his grandeur, without appreciating the culture of the Siddhas from which Guru has emerged.

For example, after realizing the presence of the Divine within, the Siddhas sought to surrender their entire being to It and to allow It to manifest at all layers.

They sought a complete transformation of our human nature/