6 Mantras For Positive Energy & Good Luck And Their Meaning 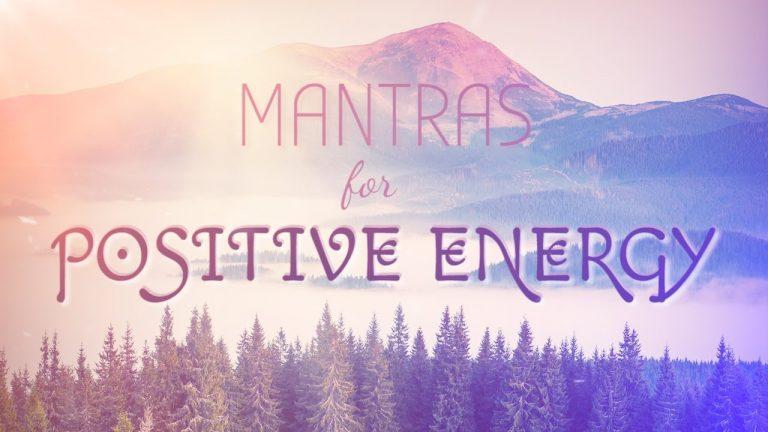 It is considered by many that wellbeing and health come when there is a balanced energy flow through each of the seven principle chakras.

Practicing these ancient mantras can benefit the mind and the spirit in many different ways, while also assisting the body in healing itself. There are many mantras to choose from, each with its own precise purpose and intention.

Therefore, here is a list of 6 mantras for positive energy and good luck:

This mantra from the Sikh tradition is a miracle that is complete when practicing it, listening to it, or even receiving the energy of it from other practitioners.

”Ardas Bahee is a mantra prayer. If you sing it, your mind, body, and soul automatically combine and without saying what you want, the need of the life is adjusted. That is the beauty of this prayer.” — Yogi Bhajan

Mantra meaning – ”The prayer  has been given to Guru Amar Das. The prayer is manifested by Guru Ram Das. The miracle is complete.”

Goddess Tara is the embodiment of the perfected feminine essence. She is the Mother of Mercy, Compassion, and Forgiveness. Green Tara Mother can eliminate anxiety, fear, disasters, suffering, disease, troubles, negative karma (action), and sin.

According to Tibetan Buddhism’s tradition, Green Tara mantra can not only eliminate troubles, diseases, disasters and karma, but will also bring believers longer life, blessings, and even the wisdom to transcend one’s circle of reincarnation.

This is a Sanskrit mantra for the devotion of Lord Shiva. He is “the transformer” within the Trimurti, the Hindu trinity that includes Lord Brahma and Lord Vishnu. At the highest level, Lord Shiva is regarded as transcendent, formless, limitless, and unchanging absolute Brahman, and the primal Atman (self, soul) of the creation.

Surya Dev or Sun god is an important deity worshiped by many devotees in Hindu tradition. He is the King of all the planets and is responsible for controlling all their movements. Lord Surya was once ranked along with Lord Vishnu, Lord Shiva, Shakti, and Lord Ganesha, and many temples dedicated to him are found throughout India.

Surya mantra is a simple one to practice, and it has the magnificent power to create a life of fame and abundance with austerity and prosperity. Use this ancient mantra daily to get positive vibrations and grace from the Lord Surya. The best time to recite Surya mantra is early in the morning, during sunrise.

Buddha Amitayus or Buddha of Limitless Life is a Buddha aspect or a deity associated with mantras and meditations for a long life.

Amitayus Buddha is commonly described seated in a meditation posture with a kalasha in His hands, which contains amrita (the elixir of immortality) and leaves of the Ashoka tree. It represents “a long life without the misery of disease.”

Daily practice of Buddha Amitabha mantra will eliminate the heavy guilt ever since beginningless and will get blessedness and wisdom of endlessness. The “A” in Amitabha represents the original nature of “impartial and equal attitude towards all beings”; also translates as the mantra and the mother of all Buddhas. Thus, relying on the practice of this mantra is the cultivation of all nature. Relying on the name of Buddha Amitabha signifies to hold to the mantra, and is the cultivation of esoteric incantation.