Significance of Purusha Suktam – The Essence of Vedas 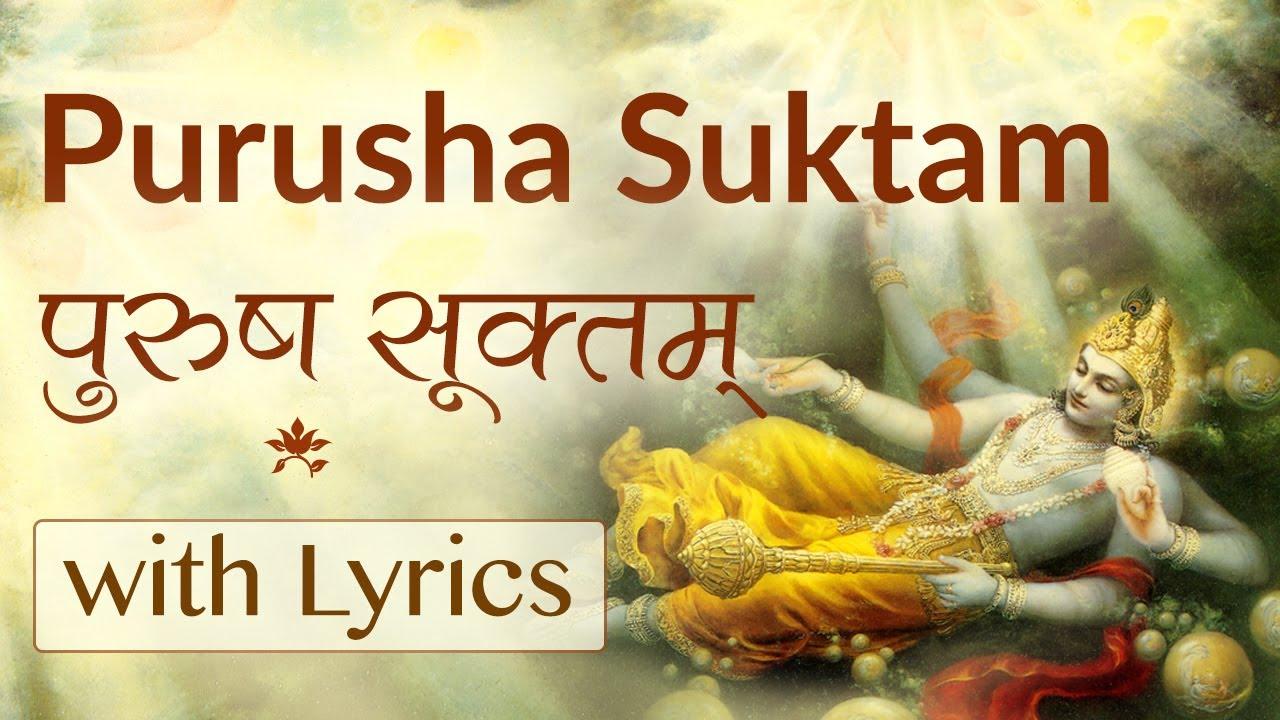 Purusha suktam is a sacred hymn of the Rigveda, dedicated to the Purusha, the “Cosmic Being”. It also appears in the Sama-veda Samhita, the Taittiriya Aranyaka, the Vajasaneyi Samhita, and the Atharva-veda Samhita.

It incorporates the principles of knowledge (jnana), meditation (upasana), devotion (bhakti), and rituals and duties (karma and dharma). This is why it is highly regarded and extensively used today as much as thousands of years ago.

The word ”Purusha” signifies ”God Almighty”. Moreover, this hymn is in praise of the glory of God. It is recited in houses, places of worship during ceremonies and rituals. Chanting this hymn confers blessings on one’s life. This powerful mantra is chanted by Rishis before performing Yagna (is an outer form of worship in which offerings are made to different deities) so that there are no obstacles or intermissions during the Yagna.

Though the mantras of the Vaishnavanuvaka and the Uttaranarayana do not seem to have any coherence with the 16 mantras of the Rig-veda Samhita, tradition has somehow tied them together. In present days, the most frequent used portion of the hymn contains 24 stanzas or mantras.

Many 19th and early 20th century western scholars questioned as to when parts or all of the hymn were composed, and whether some of these verses were present in the ancient version of Rigveda.

”That remarkable hymn is in style, metre, and language, very different from the rest of the prayers with which it is associated. It has a decidedly more modern tone, and must have been composed after the Sanskrit language had been refined.” – Henry Thomas Colebrooke

What is the Significance of Purusha Suktam – The Essence of Vedas

This mantra holds that the world is created by and out of a Yajna of the Purusha. All forms of existence are held to be grounded in this primordial Yajna. In the 17th verse, the concept of Yajna itself is held to have arisen out of this original sacrifice. In the final verses, Yajna is extolled as the primordial energy ground for all existence.

This pacifying hymn gives a description of the spiritual unity of the creation. It presents the nature of Purusha or the cosmic being as both immanent in the manifested world and yet transcendent to it. From this being, the sukta holds the original creative energy, which causes the projection of the creation in time and space.