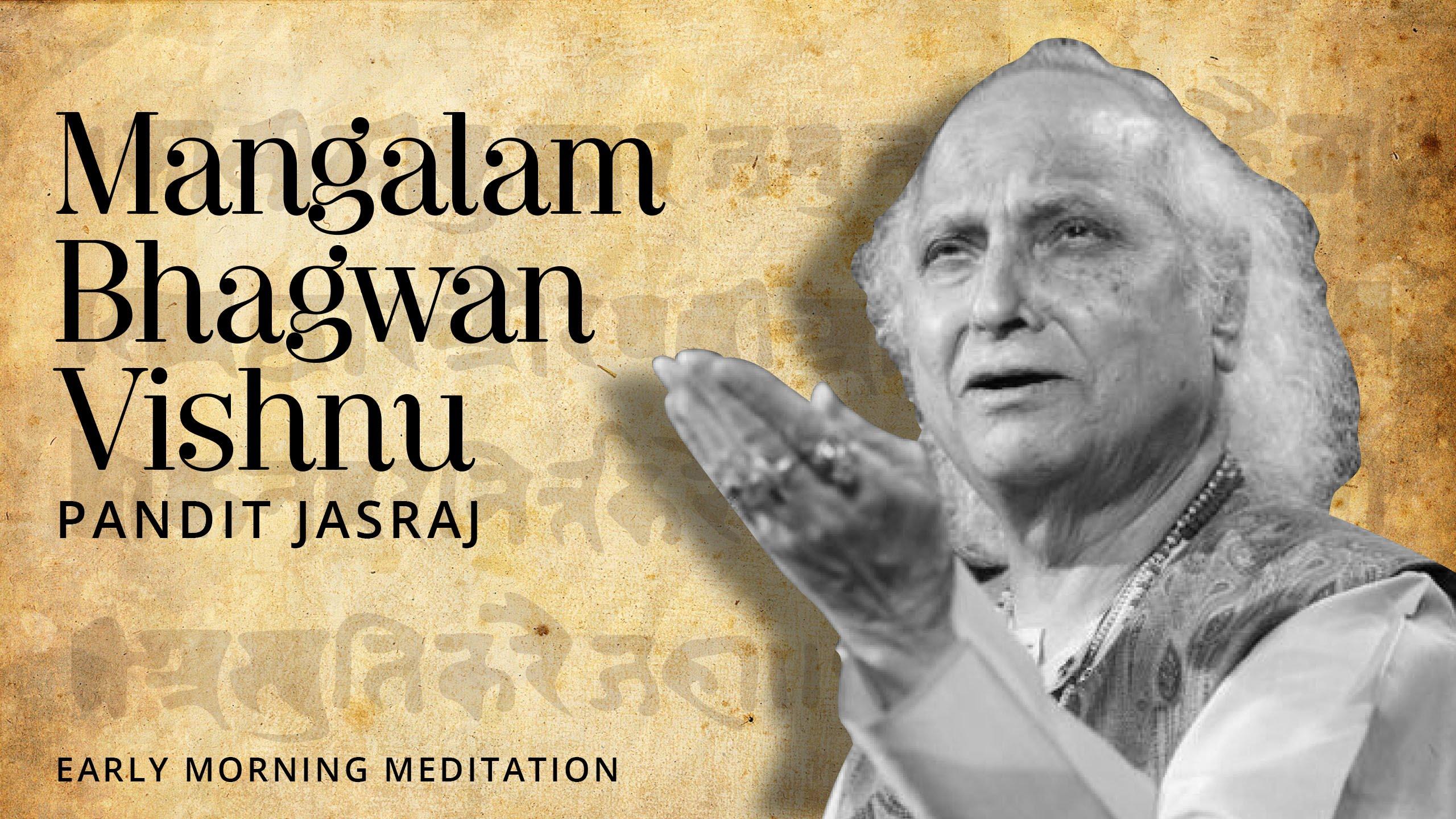 ”May auspiciousness be unto Lord Vishnu,

May all auspiciousness be unto the one who has the Garuda, the birds king in flag symbol,

May all auspiciousness be unto the Lord with lotus like eyes,

Lord Hari is the abode all auspiciousness.”

This mantra is also called the Mangalacharan and is chanted at the beginning of any pooja ( a prayer ritual performed to worship, host and honor one or more deities).

In Hinduism, Vishnu, whose name means “All-Pervading,” is the protector of the world and the protector and restorer of moral order. He is peaceful, merciful, and compassionate. To Vaisnavites, Lord Vishnu is the Supreme Lord. Thursday is dedicated to Lord Vishnu and his incarnations and Mangalam Bhagwan Vishnu.

An early commentator on the Vedas, Yaska, in his Nirukta, defines Lord Vishnu as ”Vishnu vishateh: one who enters everywhere,” and ”yad vishito bhavati tad vishnurbhavati: that which is free from fetters and bondages is Vishnu”.

Vishnu is best known through his 10 avatars, which appear on Earth when there is a disorder (or chaos) in the world. Lord Krishna and Lord Rama, whose stories are told in the Epics and the Puranas, are the most popular incarnations of Vishnu by far.

Sri Vishnu, who is also known as Narayana, has a distinctive aspect in the Vedas via his association with Light, or his identification with the Sun. Often He is seen with Goddess Lakshmi as his consort and with four arms that indicate his all-powerful and all-pervasive nature.

Lord Vishnu is also called ”Hari.” According to the sacred scriptures, Hari means stolen or remover. It is said that ”Hari Harati Papani” signifies that Hari is the God that removes sin and problems from one’s life.

Vishnu finds his earliest mention in the Rig Veda, the most ancient book in the world. Here Lord Vishnu appears as a solar deity. The Vishnu of the Rig Veda is a manifestation of light, whose head was, by a trick of the gods, severed from his body.

Each hand holds an emblem of his divinity: the conch, discus, club, and lotus. The sound that evolves from blowing this conch is the primordial sacred sound of creation. A spinning discus-like weapon called a chakra (energy vortex) symbolizes the mind’s (citta in Sanskrit) need to destroy one’s ego and its illusory prison like self-existence, in order to regain its real nature as an omnipresent spirit. The mace symbolizes the primordial ancient force from which all physical and mental strength is derived.