Santoshi Maa is an emblem of happiness, well-being, love, hope, and contentment of all desires of devotees. In ancient sacred Hindu books, She is known as the ”Goddess of Satisfaction” and She is a daughter of Lord Ganesha, the Lord of Success and Remover of Obstacles.

Chanting this Hindu mantra 108 times early in the morning with an open heart and honest intentions can help you fulfill your desires to live a hurdle free life and get abundance and prosperity.

The Goddess is most commonly adored in the North India and Nepal. 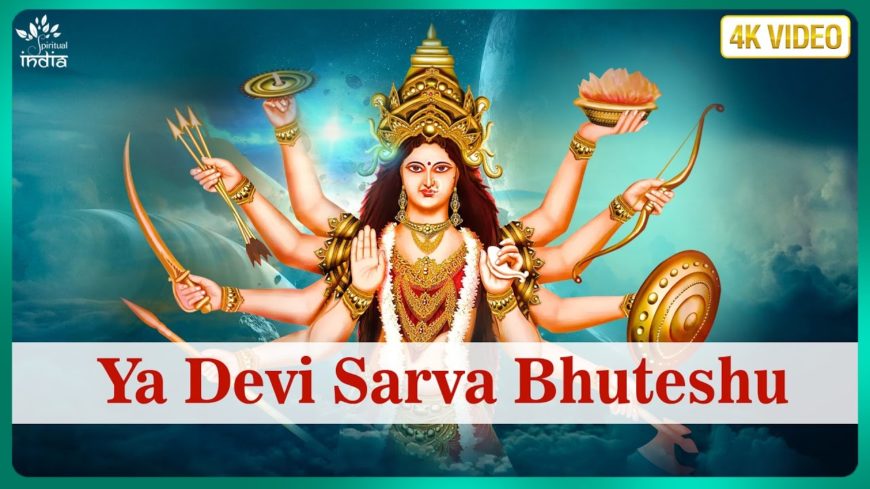 She is not a new Goddess in the Hindu Pantheon, but another form of Mother Durga, according to some scholars.

Goddess Durga is one of the most worshiped and revered goddesses throughout India and the rest of the Far East. She’s essentially venerated anywhere where Hindus reside. According to Hindu tradition, every year Mother Durga changes Her mode of transportation. Besides the lion, She has four other modes of transportation – boat, elephant, palanquin, and horse.

A vrata (ritual fast) called the Santoshi Maa Vrata is frequently performed by women on 16 consecutive Fridays, and is considered to win the Goddess’ help.

In mantra practice, sound (vibration) is used as an object of meditation, the same way gazing at a candle or tuning into the breath might be used. Daily chanting of a mantra helps you tune into something powerful, and often very specific.