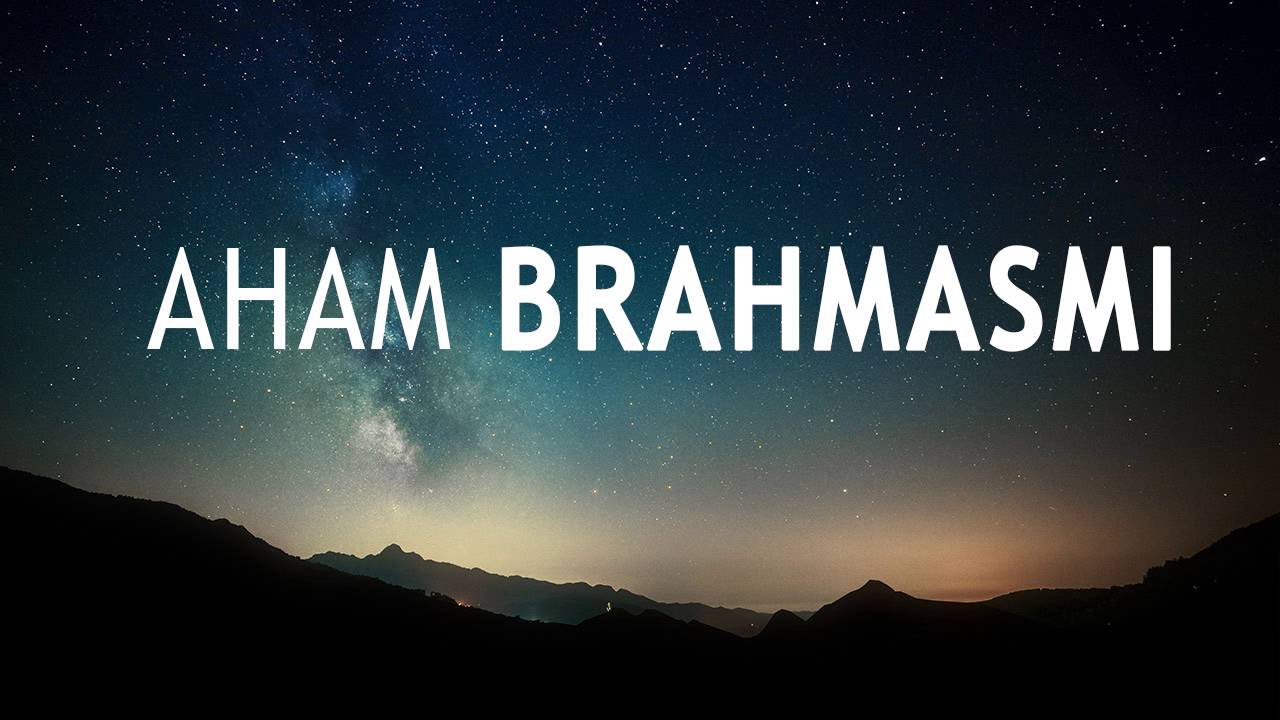 In Hindu philosophy, the Sanskrit sentence – Aham Brahmasmi – means „I am Brahman” (Aham Brahman Asmi) or „I am the Infinite Reality”. It is one of the four Mahavakyas used to explain the unity of macrocosm and microcosm and is intended to be meditated on its divine meaning.

The Mahavakyas are the Great Sentences of Jnana Yoga (is one of the three classical types of yoga, mentioned in sacred Hindu texts) and Advaita Vedanta ( is a school of Hindu philosophy), and are contained in the Upanishads. Maha is Great, and Vakyas are sentences or utterances for contemplation. The Mahavakyas provide insights and perspective that tie the texts together in a cohesive whole.

The difference between Atman and Brahman emerges most clearly where they appear side by side with one another such as – „That Self is indeed Brahman, as also identified with the intellect, the mind and the vital-force”.

The Isha Upanishad tells us that the Supreme Brahman present in the Mukhya Prana is the bearer of the secret names of Aham and Asmi. Sankara proclaims that there is a plane where everything is entirely „different”; where laws of maya no longer apply; where differences like subject and object fall away; where Aham Brahman asmi and Tat Tvam Asi are actually felt.

Literally, Aham means „I”- that which cannot be abandoned or deserted on account of being constant, ever present, unavoidable; Brahman literally translates as – whole or full; and Asmi signifies „am,” the first-person singular present tense of the verb „to be.” This Mahavakya belongs to the Brihadaranyaka Upanishad of the Shukla Yajurveda.

Brahman is the Infinite Reality, only when the ego dies can this be realized. In this sentence, the „I” is not the limited transmigrating ego, the enjoyer and the doer within, and also not the body and the mind. Man (who is a conscious entity) alone has the capacity for improving his present moment, guide his future, to enquire and know the truth, and free himself from the samsara – cycle of birth and death through thoughtful actions.

The paradox here is that by losing your ego and individuality, you are reduced to being a non-entity. However, your realization is that you are the great cosmic spirit.

Hanuman Mantra For Success In Life And To Win Court Cases
Hanuman, also known as Bajrangbali or Mahavira, is
1.5k.