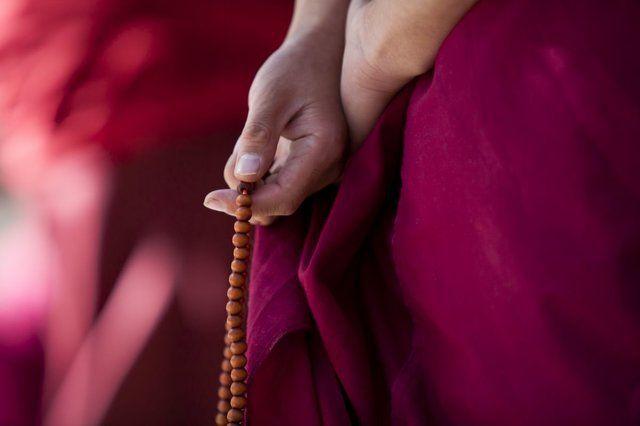 Avalokitesvara is a Bodhisattva who symbolizes the compassion of all Buddhas. The Sanskrit name Avalokitesvara means something like „the Regarder of the Cries of the World” or according to a different interpretation, the name means – “the Lord who looks down on the World”.

The original interpretation of His name fits the Buddhist understanding of the role of a Bodhisattva. The reinterpretation presenting him as an ”isvara” actually shows a strong influence of Hinduism, as the Sanskrit word ”isvara” was usually associated to the Hindu notion of Shiva (in Shaivism) or Krishna (in Vaishnavism) as the Supreme Lord, Ruler and Creator of the world.

Moreover, Bodhisattva Avalokitesvara vowed that „Should He ever become disheartened in saving sentient beings, may His body shatter into a thousand pieces.”

In Tibetan, He is also known is Chenrezig and is said to emanate as the Dalai Lama. In Tibetan Buddhism, Goddess Tara came into existence from a single tear shed by Bodhisattva Chenrezig. When the tear fell to the ground it created a lake, and a lotus opening in the lake revealed the Goddess Tara. In another version of this story, Tara emerges from the heart of Chenrezig. In either version, it is Chenrezig’s outpouring of compassion which manifests Goddess Tara as a being.

When we chant this mantra, our entire body, mind, and heart slowly come into deep contemplation, samadhi. Our innate wisdom is revealed, so that we can joyfully abide by the Six Paramitas of keeping the precepts, diligence, tolerance, charity, wisdom and contemplation.

We can eliminate all the poisons of anger, delusion, greed, arrogance, doubts, and evil thoughts, And open the Path of the Bodhisattvas by closing the Six Realms of Humans, Heaven, Animals, Asuras, Hell Hungry and Ghosts.

The merits of your reciting this powerful mantra will benefit not only yourself but all sentient beings, including insects and small animals so that their souls will become joyful and tranquil.

In addition, people who chant this compassion mantra, will attain the wisdom the Buddhas. A practitioner can then without difficulty understand the deep teachings of the Buddha. This powerful mantra can turn the sufferings into the Bodhi mind.

If one chant this healing mantra with a pure mind and sincere heart, when one is about to die, the Bodhisattva Avalokitesvara and Buddha Amitabha will come and take you to the Western Paradise of Buddha Amitabha.

3 Buddhist Chants For Meditation And Relaxation
Sound is a form of vibration. Actually, everything
357

5 Tibetan Buddhist Mantras That Can Be Chanted During Tough Times
In Tibet, the Buddhist tradition is ancient, the result
386