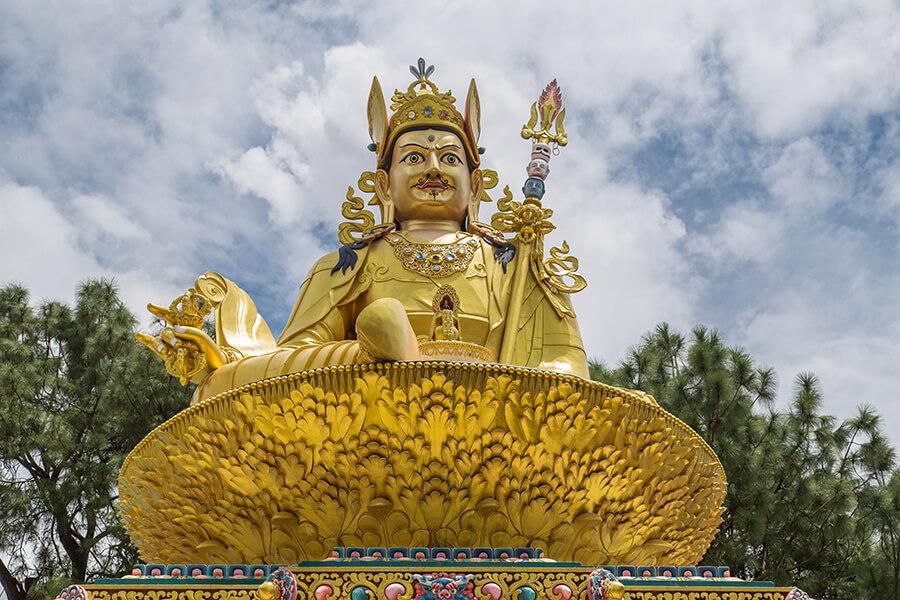 The meaning and significance of the six syllable mantra, also known as Om mani padme hum, have been interpreted in a variety of ways.

The first known reference to this Tibetan mantra is in the Karandavyuha Sutra, a Mahayana sacred sutra that was compiled at the end of the fourth century or beginning of the 5th century A.D.

The Om Mani Padme Hum mantra is an integral part of Mahayana Buddhism and is particularly found in the places where this branch of Buddhism exists and flourishes, namely Tibet, Sikkim, northern parts of India, or Bhutan.

The mantra is imbued with the compassion, grace, and power of Bodhisattva Avalokitesvara, who himself gathers the compassion, grace, and power of all the Bodhisattvas and Buddhas. He is beloved throughout the Buddhist world, not only in Mahayana Buddhism but also in Vajrayana (“Diamond Vehicle”), the Tantric (or esoteric) branch of Buddhism, and in Theravada, the branch of Buddhism that largely does not recognize Bodhisattvas.

Each syllable of the mantra allows us to close the door of painful rebirths in one of the 6 realms composing cyclic existence and purifies the vice connected with that specific realm:

The powerful mantra “Om Mani Padme Hum” is practiced more than any other in the world. This mantra creates a state of compassion that will manifest in subtle and obvious ways.

It is said in the ancient teachings that anybody who practices this mantra with compassion, humans or devas, will receive wisdom and knowledge. Furthermore, this healing mantra has the power to heal many physical and mental sufferings and to protect from any harms.

More importantly, practicing the mantra, together with the Meditation On Loving Kindness, allows us to experience Oneness with all of Creation and to intensify our spiritual connection. The simple spiritual teaching of this mantra is the concept that when the mind and heart become united, then anything is possible.

“This is the most beneficial mantra. Even I made this aspiration to all the million Buddhas and subsequently received this teaching from Amitabha Buddha.” – Gautama Buddha’s quote.