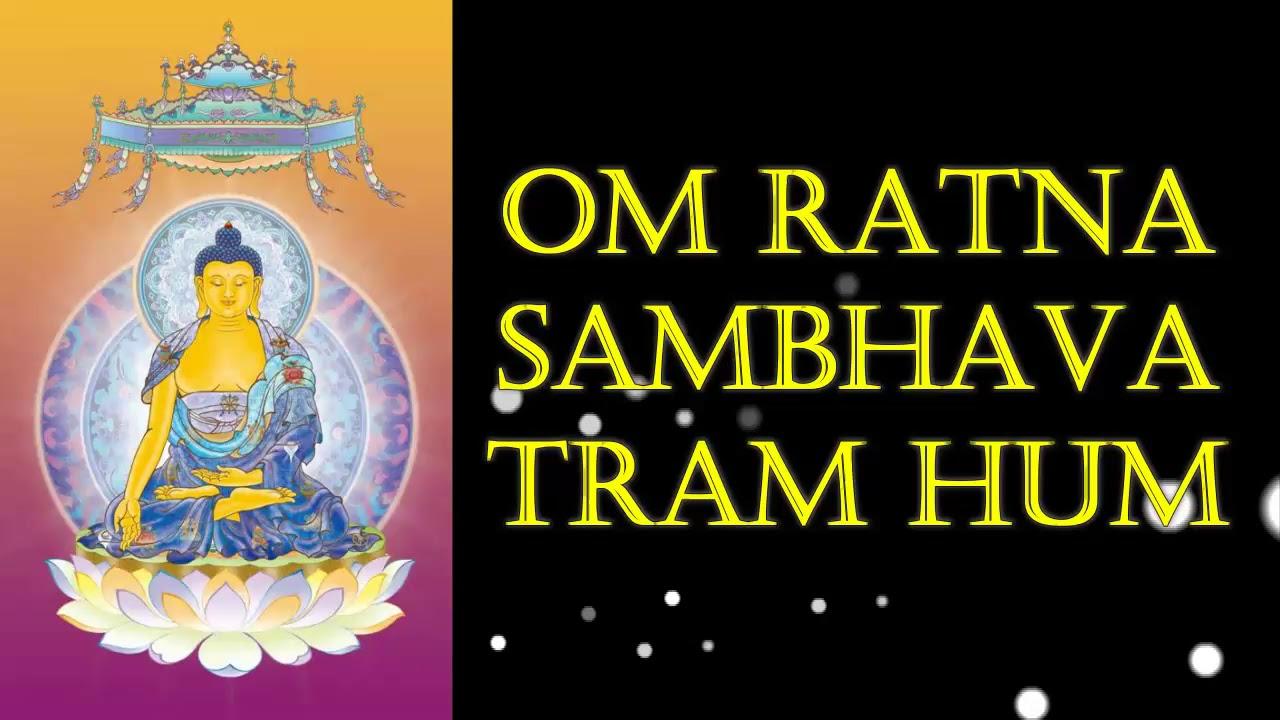 He is also associated with seed syllable tram, which is believed to be a condensation of the mantra and operates as a representative sound for Buddha Ratnasambhava. This bija syllable is usually carved into objects as a method of veneration.

He is the 3rd of the Five Meditation Buddhas or Five Dhyani Buddhas which has been worshiped since 500 BC to today. The 4 other Dhyani Buddhas are Akshobya, Vairocana, Amogasiddhi, and Amitabha. The Three Jewels are Dharma (teaching), Buddha (teacher) and Sangha (community).

His name „Ratnasambhava” can be literally translated as „born from the jewel” or „Origin of Jewels.” The element of Ratnasambhava is earth, and his chakra is the Manipura chakra. Buddha Ratnasambhava cardinal direction is the south and the color of his body is yellow which represent the color of the sun.

His consort is Mamaki and his mount is a horse or a pair of lions. Buddha Ratnasambhava wrathful manifestation is Gundari and is frequently included in his retinue is the worldly dharmapala Jambhala.

Ratnasambhava is golden yellow in color, like a midday sun. Buddha Ratnasmabhava’s wisdom is the wisdom of equality which sees that everything has the same nature, which is the nature of Emptiness. He is seated in full lotus posture on a white moon disc which is the center of a yellow lotus.

The first documented mention of Buddha Ratnasambhava is found in the Sutra of Golden Light (Arya Suvarna-prabha-sottamasutrendrarajamahāyana Sutra) and in the Guhyasamaja tantra (4th Century CE), and He subsequently appears in a number of sacred Vajrayana texts.

This chant would be recited by practitioners as a method of paying homage to Buddha Ratnasambhava and is another way for devotees to transmute their ego (personal pride) into the knowledge of sameness.

He is associated with abundance, wealth and providing values or generosity. Generosity is the most fundamental virtue in Buddhism.